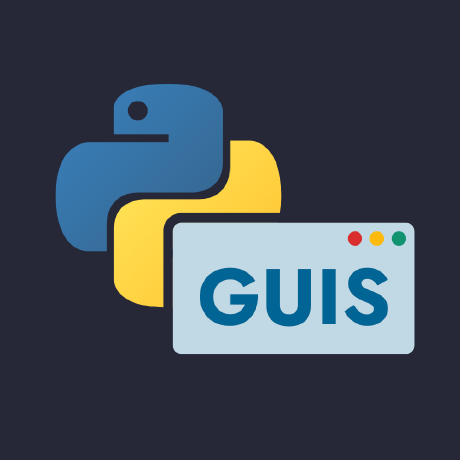 A collection of 15 small — minute — desktop applications written in Python using the PyQt framework. These apps are intended as examples from which you can poke, hack and prod your way to writing your own tools.

Many of these apps have more detailed write-ups on my PyQt5/PySide2 site at LearnPyQt.com. If you're new to creating GUI apps check out the introductory pyqt5 tutorial.

The apps showcase various parts of the Qt framework, including advanced widgets, multimedia, graphics views and decorationless windows. However, the most generally interesting/feature complete applications are Minesweeper, Solitaire and Paint.

To use each app you first need to install the requirements. In most cases the only requirements are PyQt5, and occasionally requests. To install app-specific requirements change to the folder of the app and run:

Once the requirements are installed, you can run the app using Python 3.

The application window should appear.

Want to build your own apps?

If you think these apps are neat and want to learn more about PyQt in general, take a look at my PyQt5 tutorial which covers everything you need to know to start building your own applications with PyQt.

You can also find write-ups about these "minute apps" on the same site.

All code is licensed under an MIT license. This allows you to re-use the code freely, remixed in both commercial and non-commercial projects. The only requirement is to include the same license when distributing.

Icons used in the applications are by Yusuke Kamiyaman.