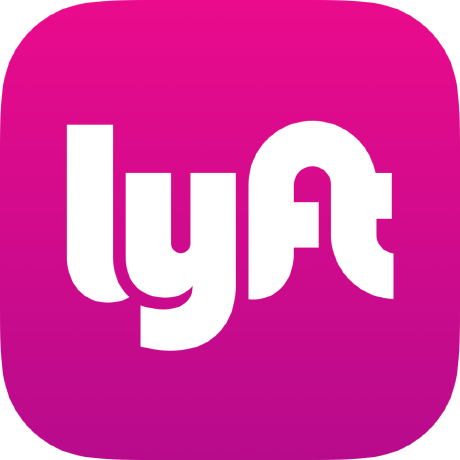 Cartography is a Python tool that consolidates infrastructure assets and the relationships between them in an intuitive graph view powered by a Neo4j database.

Cartography aims to enable a broad set of exploration and automation scenarios. It is particularly good at exposing otherwise hidden dependency relationships between your service's assets so that you may validate assumptions about security risks.

Service owners can generate asset reports, Red Teamers can discover attack paths, and Blue Teamers can identify areas for security improvement. All can benefit from using the graph for manual exploration through a web frontend interface, or in an automated fashion by calling the APIs.

Cartography is not the only security graph tool out there, but it differentiates itself by being fully-featured yet generic and extensible enough to help make anyone better understand their risk exposure, regardless of what platforms they use. Rather than being focused on one core scenario or attack vector like the other linked tools, Cartography focuses on flexibility and exploration.

You can learn more about the story behind Cartography in our presentation at BSidesSF 2018.

Time to set up the server that will run Cartography. Cartography should work on both Linux and Windows servers, but bear in mind we've only tested it in Linux so far.

Once everything has been installed and synced, you can view the Neo4j web interface at http://localhost:7474. You can view the reference on this here.

Already know how to query Neo4j? You can skip to our reference material!

If you already know Neo4j and just need to know what are the nodes, attributes, and graph relationships for our representation of infrastructure assets, you can skip this handholdy walkthrough and see our quick canned queries. You can also view our reference material.

What RDS instances are installed in my AWS accounts?

In this query we asked Neo4j to find all [:RESOURCE] relationships from AWSAccounts to RDSInstances, and return the nodes and the :RESOURCE relationships.

We will do more interesting things with this result next.

and then pick options on the menu that shows up at the bottom of the view like this:

Which RDS instances have encryption turned off?

The results show up in a table because we specified attributes like a.name and rds.id in our return statement (as opposed to having it return *). We used the "{}" notation to have the query only return RDSInstances where storage_encrypted is set to False.

If you want to go back to viewing the graph and not a table, simply make sure you don't have any attributes in your return statement -- use return * to return all nodes decorated with a variable label in your MATCH statement, or just return the specific nodes and relationships that you want.

Let's look at some other AWS assets now.

Which EC2 instances are directly exposed to the internet?

These instances are open to the internet either through permissive inbound IP permissions defined on their EC2SecurityGroups or their NetworkInterfaces.

If you know a lot about AWS, you may have noticed that EC2 instances don't actually have an exposed_internet field. We're able to query for this because Cartography performs some data enrichment to add this field to EC2Instance nodes.

These S3 buckets allow for any user to read data from them anonymously. Similar to the EC2 instance example above, S3 buckets returned by the S3 API don't actually have an anonymous_access field and this field is added by one of Cartography's data augmentation steps.

A couple of other things to notice: instead of using the "{}" notation to filter for anonymous buckets, we can use SQL-style WHERE clauses. Also, we used the SQL-style AS operator to relabel our output header rows.

How many unencrypted RDS instances do I have in all my AWS accounts?

Let's go back to analyzing RDS instances. In an earlier example we queried for RDS instances that have encryption turned off. We can aggregate this data by AWSAccount with a small change:

If you want to learn more in depth about Neo4j and Cypher queries you can look at this tutorial and see this reference card.

You can add your own custom attributes and relationships without writing Python code! Here's how.

This project is governed by Lyft's code of conduct. All contributors and participants agree to abide by its terms.

We require a CLA for code contributions, so before we can accept a pull request we need to have a signed CLA. Please visit our CLA service follow the instructions to sign the CLA.

In general all enhancements or bugs should be tracked via github issues before PRs are submitted. We don't require them, but it'll help us plan and track.

When submitting bugs through issues, please try to be as descriptive as possible. It'll make it easier and quicker for everyone if the developers can easily reproduce your bug.

Our only method of accepting code changes is through Github pull requests.

Detailed view of our schema and all data types .

What RDS instances are installed in my AWS accounts?

Which RDS instances have encryption turned off?

Which EC2 instances are directly exposed to the internet?

How many unencrypted RDS instances do I have in all my AWS accounts?

Cartography adds custom attributes to nodes and relationships to point out security-related items of interest. Unless mentioned otherwise these data augmentation jobs are stored in cartography/data/jobs/analysis. Here is a summary of all of Cartography's custom attributes.

There are many ways to allow Cartography to pull from more than one AWS account. We can't cover all of them, but we can show you the way we have things set up at Lyft. In this scenario we will assume that you are going to run Cartography on an EC2 instance.