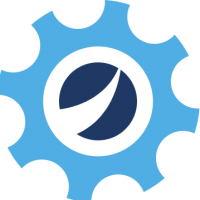 GeoPySpark is not currently under active development. We will try and address PRs and Issues, but it may take some time as most of our resources are devoted to other projects now. There is a chance that this project will be revisted in the future, so it is by no means dead.

Here is a quick example of GeoPySpark. In the following code, we take NLCD data of the state of Pennsylvania from 2011, and do a masking operation on it with a Polygon that represents an area of interest. This masked layer is then saved.

If you wish to follow along with this example, you will need to download the NLCD data and unzip it.. Running these two commands will complete these tasks for you:

For additional examples, check out the Jupyter notebook demos.

Java 8 and Scala 2.11 are needed for GeoPySpark to work, as they are required by GeoTrellis. In addition, Spark needs to be installed and configured with the environment variable SPARK_HOME set.

You can test to see if Spark is installed properly by running the following in the terminal:

If the return is a path leading to your Spark folder, then it means that Spark has been configured correctly. If SPARK_HOME is unset or empty, you'll need to add it to your PATH after noting where Spark is installed on your system. For example, a MacOS installation of Spark 2.3.0 via HomeBrew would set SPARK_HOME as follows:

Before installing, check the above Requirements table to make sure that the requirements are met.

To install via pip open the terminal and run the following:

If you would rather install from source, clone the GeoPySpark repo and enter it.

This will assemble the backend-end jar that contains the Scala code, move it to the jars sub-package, and then runs the setup.py script.

Note:
If you have altered the global behavior of sbt this install may not work the way it was intended.

To uninstall GeoPySpark, run the following in the terminal:

If you need help, have questions, or like to talk to the developers (let us know what you're working on!) you can contact us at:

As you may have noticed from the above links, those are links to the GeoTrellis gitter channel and mailing list. This is because this project is currently an offshoot of GeoTrellis, and we will be using their mailing list and gitter channel as a means of contact. However, we will form our own if there is a need for it.

When GeoPySpark is installed, it comes with a script which can be accessed from anywhere on you computer. This script is used to facilitate management of the GeoPySpark jar file that must be installed in order for GeoPySpark to work correctly. Here are the available commands:

geopyspark install-jar is only needed when installing GeoPySpark through pip; and it must be ran before using GeoPySpark. If no path is selected, then the jar will be installed wherever GeoPySpark was installed.

The second and third commands are for getting the location of the jar file. These can be used regardless of installation method. However, if installed through pip, then the jar must be downloaded first or these commands will not work.

Feedback and contributions to GeoPySpark are always welcomed. A CLA is required for contribution, see Contributing for more information.

make build will assemble the back-end jar and move it the jars sub-package. The second command will install GeoPySpark in "editable" mode. Meaning any changes to the source files will also appear in your system installation.

It's possible that you may run into issues when performing the pip install -e . described above with a Python virtualenv active. If you're having trouble with Python finding installed libraries within the virtualenv, try adding the virtualenv site-packages directory to your PYTHONPATH:

Replace <your python version with whatever Python version virtualenvwrapper is set to. Once you've set PYTHONPATH, re-install GeoPySpark using the instructions in "Installing for Developers" above.

GeoPySpark uses the pytest testing framework to run its unittests. If you wish to run GeoPySpark's unittests, then you must first clone this repository to your machine. Once complete, go to the root of the library and run the following command:

This will then run all of the tests present in the GeoPySpark library.

Note: The unittests require additional dependencies in order to pass fully. pyproj, colortools, and matplotlib (only for >=Python3.4) are needed to ensure that all of the tests pass.

Note: Before begining this section, it should be noted that python-mapnik, a dependency for GeoNotebook, has been found to be difficult to install. If problems are encountered during installation, a possible work around would be to run make wheel and then do docker cp the wheel into the GeoPySpark docker container and install it from there.

GeoNotebook is a Jupyter notebook extension that specializes in working with geospatial data. GeoPySpark can be used with this notebook; which allows for a more interactive experience when using the library. For this section, we will be installing both tools in a virtual environment. It is recommended that you start with a new environment before following this guide.

Because there's already documentation on how to install GeoPySpark in a virtual environment, we won't go over it here. As for GeoNotebook, it also has a section on installation so that will not be covered here either.

Once you've setup both GeoPySpark and GeoNotebook, all that needs to be done is go to where you want to save/have saved your notebooks and execute this command:

This will open up the jupyter hub and will allow you to work on your notebooks.

It is also possible to develop with both GeoPySpark and GeoNotebook in editable mode. To do so you will need to re-install and re-register GeoNotebook with Jupyter.

The default Geonotebook (Python 3) kernel will require the following environment variables to be defined:

Make sure to define them to values that are correct for your system. The make notebook command also makes used of PYSPARK_SUBMIT_ARGS variable defined in the Makefile.

GeoNotebook/GeoTrellis integration in currently in active development and not part of GeoNotebook master. The latest development is on a feature/geotrellis branch at <https://github.com/geotrellis/geonotebook>.

Side Note For Developers

An optional (but recommended!) step for developers is to place these two lines of code at the top of your notebooks.

This will make it so that you don't have to leave the notebook for your changes to take affect. Rather, you just have to reimport the module and it will be updated. However, there are a few caveats when using autoreload that can be read here.

Using pip install -e in conjunction with autoreload should cover any changes made, though, and will make the development experience much less painful.