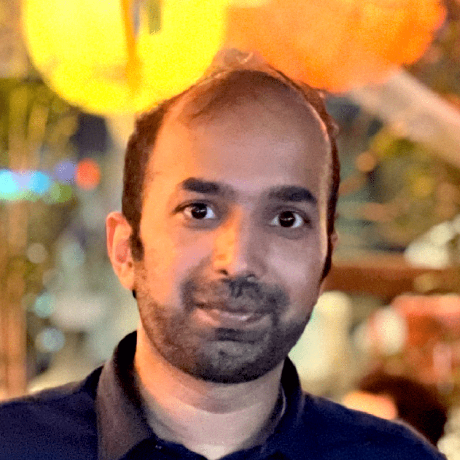 What's the secret sauce behind this speedup?

Multiple aspects. Besides obvious enhancements such as data caching, effective memory management, etc. I drilled down through the entire NeRF codebase, and reduced data transfer b/w CPU and GPU, vectorized code where possible, and used efficient variants of pytorch ops (wrote some where unavailable). But for these changes, everything else is a faithful reproduction of the NeRF technique we all admire :)

Sample results from the repo

The NeRF code release has an accompanying Colab notebook, that showcases training a feature-limited version of NeRF on a "tiny" scene. It's equivalent PyTorch notebook can be found at the following URL:

What is a NeRF?

A neural radiance field is a simple fully connected network (weights are ~5MB) trained to reproduce input views of a single scene using a rendering loss. The network directly maps from spatial location and viewing direction (5D input) to color and opacity (4D output), acting as the "volume" so we can use volume rendering to differentiably render new views.

How to train your NeRF super-quickly!

In a new conda or virtualenv environment, run

Once everything is setup, to run experiments, first edit config/lego.yml to specify your own parameters.

The training script can be invoked by running

Optional: Resume training from a checkpoint

Optionally, if resuming training from a previous checkpoint, run

Optional: Cache rays from the dataset

This samples 8192 rays per image from the lego dataset. Each image is 800 x 800 (since halfres is set to False), and 500 such random samples (8192 rays each) are drawn per image. The script takes about 10 minutes to run, but the good thing is, this needs to be run only once per dataset.

NOTE: Do NOT forget to update the cachedir option (under dataset) in your config (.yml) file!

A Colab notebook for the full NeRF model (albeit on low-resolution data) can be accessed here.

Once you've trained your NeRF, it's time to use that to render the scene. Use the eval_nerf.py script to do that. For the lego-lowres example, this would be

You can create a gif out of the saved images, for instance, by using Imagemagick.

A note on reproducibility

All said, this is not an official code release, and is instead a reproduction from the original code (released by the authors here).

The code is thoroughly tested (to the best of my abilities) to match the original implementation (and be much faster)! In particular, I have ensured that

The organization of code WILL change around a lot, because I'm actively experimenting with this.

Feel free to raise GitHub issues if you find anything concerning. Pull requests adding additional features are welcome too.

nerf-pytorch is available under the MIT License. For more details see: LICENSE and ACKNOWLEDGEMENTS.

Also, a shoutout to yenchenlin for his cool PyTorch implementation, whose volume rendering function replaced mine (my initial impl was inefficient in comparison).