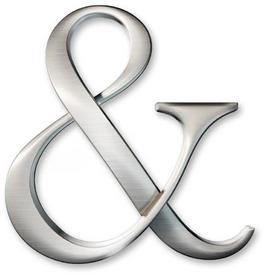 WARNING: The security of this cryptographic protocol has not yet been formally audited. This repository should not be considered suitable for production use.

This is a private payment system, an anonymous extension of Bünz, Agrawal, Zamani and Boneh's Zether protocol.

The authors sketch an anonymous extension in their original manuscript. We develop an explicit proof protocol for this extension, described in the technical paper AnonZether.pdf. We also fully implement this anonymous protocol (including verification contracts and a client / front-end with its own proof generator).

Anonymous Zether is an private value-tracking system, in which an Ethereum smart contract maintains encrypted account balances. Each Zether Smart Contract (ZSC) must, upon deployment, "attach" to some already-deployed ERC-20 contract; once deployed, this contract establishes special "Zether" accounts into / out of which users may deposit or withdraw ERC-20 funds. Having credited funds to a Zether account, its owner may privately send these funds to other Zether accounts, confidentially (transferred amounts are private) and anonymously (identities of transactors are private). Only the owner of each account's secret key may spend its funds, and overdraws are impossible.

To enhance their privacy, users should conduct as much business as possible within the ZSC.

The (anonymous) Zether Smart Contract operates roughly as follows (see the original Zether paper for more details). Each account consists of an ElGamal ciphertext, which encrypts the account's balance under its own public key. To send funds, Alice publishes an ordered list of public keys—which contains herself and the recipient, among other arbitrarily chosen parties—together with a corresponding list of ElGamal ciphertexts, which respectively encrypt (under the appropriate public keys) the amounts by which Alice intends to adjust these various accounts' balances. The ZSC applies these adjustments using the homomomorphic property of ElGamal encryption (with "message in the exponent"). Alice finally publishes a zero-knowledge proof which asserts that she knows her own secret key, that she owns enough to cover her deduction, that she deducted funds only from herself, and credited them only to Bob (and by the same amount she debited, no less); she of course also demonstrates that she did not alter those balances other than her own and Bob's. These adjustment ciphertexts—opaque to any outside observer—conceal who sent funds to whom, and how much was sent.

Users need never interact directly with the ZSC; rather, our front-end client streamlines its use.

Our theoretical contribution is a zero-knowledge proof protocol for the anonymous transfer statement (8) of Bünz, et al., which moreover has appealing asymptotic performance characteristics; details on our techniques can be found in our paper. We also of course provide this implementation.

Anonymous Zether is feasible for mainnet use, as of EIP-1108. With that said, funding throwaway accounts (i.e., to pay for gas) represents a privacy challenge (as discussed in the original Zether paper). We don't yet endorse Anonymous Zether for use on the mainnet.

To deploy the ZSC (Zether Smart Contract) to a running Quorum cluster and make some anonymous transfers...

The Node.js example project in this repo will first deploy the necessary contracts: InnerProductVerifier.sol, ZetherVerifier.sol, BurnVerifier.sol, and finally ZCS.sol (which depends on these previous contracts).

Having done this, the Node.js application will fund an account, add a "friend", and make an anonymous transfer.

Simply navigate to the main directory and type node packages/example.

Let's assume that Client has been imported and that all contracts have been deployed, as in packages/example/index.js#L13-L23. In four separate node consoles, point web3 to four separate Quorum nodes (make sure to use WebSocket or IPC providers); for each one, execute

to assign the address of an unlocked account to the variable home.

Do something similar for the other two.

In Bob's window, use

to retrieve his public key and add Bob as a "friend" of Alice, i.e.

You can now do

In Bob's window, you should see:

You can also add Alice, Carol and Dave as friends of Bob. Now, you can try:

The meaning of this syntax is that Carol and Dave are being included, along with Bob and Alice, in Bob's transaction's anonymity set. As a consequence, no outside observer will be able to distinguish, among the four participants, who sent funds, who received funds, and how much was transferred. The account balances of all four participants are also private.

In fact, you can see for yourself the perspective of Eve—an eavesdropper, let's say. In a new window (if you want), execute:

You will see a bunch of fields; in particular, parsed['y'] will contain the list of public keys, while parsed['C'], parsed['D'] and parsed['proof'] will contain further bytes which reveal nothing about the transaction.

Keep in mind that there are a few obvious situations where information can be determined. For example, if someone who has never deposited before appears in a transaction for the first time (this was the case of Bob earlier above), then it will be clear that this person was not the transaction's originator. Similarly, if a certain person has performed only deposits and withdrawals, then his account balance will obviously be visible.

More subtly, some information could be leaked if you choose your anonymity sets poorly. Thus, make sure you know how this works before using it.