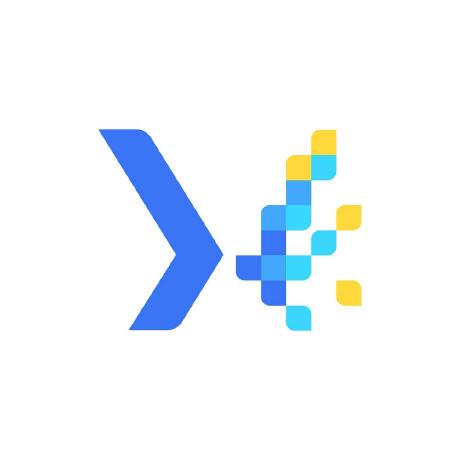 Grule is a Rule Engine library for Golang programming language. Inspired by the acclaimed JBOSS Drools, done in a much simple manner.

Like Drools, Grule have its own DSL comparable as follows.

Grule is Rule Engine or a Production Rule System that uses the rule-based approach to implement and Expert System. Expert Systems are knowledge-based systems that use knowledge representation to process acquired knowledge into a knowledge base that can be used for reasoning.

A Production Rule System is Turing complete with a focus on knowledge representation to express propositional and first-order logic in a concise, non-ambiguous and declarative manner.

A Production Rule is a two-part structure that uses first-order logic for reasoning over knowledge representation. A business rule engine is a software system that executes one or more business rules in a runtime production environment.

A Rule Engine allows you to define “What to Do” and not “How to do it.”

What is a Rule?

Rules are pieces of knowledge often expressed as, "When some conditions occur, then do some tasks."

The most important part of a Rule is its when part. If the when part is satisfied, the then part is triggered.

Advantages of a Rule Engine

Rules make it easy to express solutions to difficult problems and get the solutions verified as well. Unlike codes, Rules are written in less complex language; Business Analysts can easily read and verify a set of rules.

The data resides in the Domain Objects and the business logic resides in the Rules. Depending upon the kind of project, this kind of separation can be very advantageous.

By using Rules, you create a repository of knowledge (a knowledge base) which is executable. It is a single point of truth for business policy. Ideally, Rules are so readable that they can also serve as documentation.

Since business rules are actually treated as data. Adjusting the rule according to business dynamic nature become trivial. No need to re-build codes, deploy as normal software development do, you only need to roll out sets of rule and apply them to knowledge repository.

The GRL is a DSL (Domain Specific Language) designed for Grule. Its a simplified language to be used for defining rule evaluation criteria and action to be executed if the criteria were met.

Generally, the language have the following structure :

RuleName identify a specific rule. The name should be unique in the entire knowledge base, consist of one word thus it should not contains white-space.

RuleDescription describes the rule. The description should be enclosed with a double-quote.

Salience defines the importance of the rule. Its an optional rule configuration, and by default, when you don't specify them, all rule have the salience of 0 (zero). The lower the value, the less important the rule. Whenever multiple rule are a candidate for execution, highest salience rule will be executed first. You may define negative value for the salience, to make the salience even lower. Like any implementation of Rule-Engine, there are no definitive algorithm to specify which rule to be execute in case of conflicting candidate, the engine may run which ever they like. Salience is one way of hinting the rule engine of which rule have more importance compared to the other.

Boolean Expression is an expression that will be used by rule engine to identify if that specific rule are a candidate for execution for the current facts.

Assignment or Operation Expression contains list of expressions (each expression should be ended with ";" symbol.) The expression are designed to modify the current fact values, making calculation, make some logging, etc.

You can always put a comment inside your GRL script. Such as :

Before you load any rule, you need to have your own knowledge

From String or ByteArray

In Grule, fact is merely a simple struct instance.

Suppose you have the following struct.

And then you instantiate those struct.

Now your fact is ready to be executed in the rule engine that already prepared with some knowledge.

Executing A Knowledge On Facts and get result

The rule engine will use loaded knowledge base to work upon sets of fact data in data context.

Assuming you have a struct with some functions.

And add the struct into knowledge base

You can call the fuction within the rule

All functions defined in model/GruleFunctions.go are built-in functions. This means, that you can call the function straight away without having to mention the instance name as it automatically added by the engine.

I don't maintain list of built in function as you can look into the Go source code directly. (the model/GruleFunctions.go)

Important Thing you must know about Custom Function in Grule

When you make your own function to be called from rule engine, you need to know the following rules.

From Wikipedia : The Rete algorithm (/ˈriːtiː/ REE-tee, /ˈreɪtiː/ RAY-tee, rarely /ˈriːt/ REET, /rɛˈteɪ/ reh-TAY) is a pattern matching algorithm for implementing rule-based systems. The algorithm was developed to efficiently apply many rules or patterns to many objects, or facts, in a knowledge base. It is used to determine which of the system's rules should fire based on its data store, its facts.

Some form of RETE algorithm were employed in grule-rule-engine starting from version 1.1.0. It replaces the Naive approach when evaluating rules to add to ConflictSet.

ExpressionAtom in the DRL were compiled and will not be duplicated within the working memory of the engine. This makes the engine performance be increased significantly if you have many rules defined with lots of duplicated expressions or lots of heavy function/method calls.

Grule's RETE implementation don't have Class selector as one expression my involve multiple class. For example an expression such as:

You can read about RETE algorithm here: