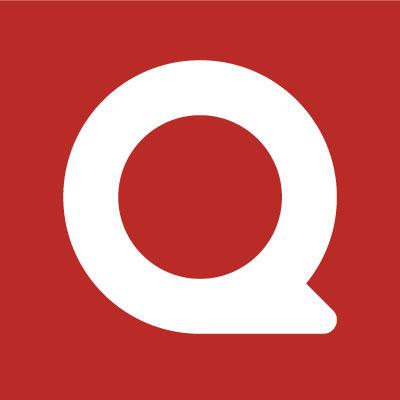 asynq is a library for asynchronous programming in Python with a focus on batching requests to external services. It also provides seamless interoperability with synchronous code, support for asynchronous context managers, and tools to make writing and testing asynchronous code easier. asynq was developed at Quora and is a core component of Quora's architecture. See the original blog post here.

The most important use case for asynq is batching. For many storage services (e.g., memcache, redis) it is far faster to make a single request that fetches many keys at once than to make many requests that each fetch a single key. The asynq framework makes it easy to write code that takes advantage of batching without radical changes in code structure from code that does not use batching.

For example, synchronous code to retrieve the names of the authors of a list of Quora answers may look like this:

Here, each call to author_of_answer and name_of_user would result in a memcache request. Converted to use asynq, this code would look like:

All author_of_answer calls will be combined into a single memcache request, as will all of the name_of_user calls.

Futures are the basic building blocks of asynq's programming model. The scheduler keeps track of futures and attempts to schedule them in an efficient way. asynq uses its own hierarchy of Future classes, rooted in asynq.FutureBase. Futures have a .value() method that computes their value if necessary and then returns it.

The following are the most important Future classes used in asynq:

You can call an asynchronous function synchronously like this:

The decorator has a pure=True option that disables the .asynq attribute and instead makes the function itself asynchronous, so that calling it returns an AsyncTask. We recommend to use this option only in special cases like decorators for asynchronous functions.

asynq also provides an @async_proxy() decorator for functions that return a Future directly. Functions decorated with @async_proxy() look like @asynq() functions externally. An example use case is a function that takes either an asynchronous or a synchronous function, and calls it accordingly:

Batching is at the core of what makes asynq useful. To implement batching, you need to subclass asynq.BatchItemBase and asynq.BatchBase. The first represents a single entry in a batch (e.g., a single memcache key to fetch) and the second is responsible for executing the batch when the scheduler requests it.

Batch items usually do not require much logic beyond registering themselves with the currently active batch in __init__. Batches need to override the _try_switch_active_batch method, which changes the batch that is currently active, and the _flush method that executes it. This method should call .set_value() on all the items in the batch.

An example implementation of batching for memcache is in the asynq/examples/batching.py file. The framework also provides a DebugBatchItem for testing.

Most users of asynq should not need to implement batches frequently. At Quora, we use thousands of asynchronous functions, but only five BatchBase subclasses.

asynq provides support for Python context managers that are automatically activated and deactivated when a particular task is scheduled. This feature is necessary because the scheduler can schedule tasks in arbitrary order. For example, consider the following code:

This code should show only one warning, because only the second call to show_warning is within a catch_warnings() context, but depending on how the scheduler happens to execute these functions, the code that shows the warning may also be executed while catch_warnings() is active.

To remedy this problem, you should use an AsyncContext, which will be automatically paused when the task that created it is no longer active and resumed when it becomes active again. An asynq-compatible version of catch_warnings would look something like this:

Because the asynq scheduler is invoked every time an asynchronous function is called, and it can invoke arbitrary other active futures, normal Python stack traces become useless in a sufficiently complicated application built on asynq. To make debugging easier, the framework provides the ability to generate a custom asynq stack trace, which shows how each active asynchronous function was invoked.

The asynq.debug.dump_asynq_stack() method can be used to print this stack, similar to traceback.print_stack(). The framework also registers a hook to print out the asynq stack when an exception happens.

asynq provides a number of additional tools to make it easier to write asynchronous code. Some of these are in the asynq.tools module. These tools include:

Previous versions of asynq used the name async for the @asynq() decorator and the .asynq attribute. Because async is a keyword in recent versions of Python 3, we now use the spelling asynq in both places. asynq version 1.3.0 drops support for the old spelling.