mwaskom released this · 39 commits to master since this release

This is minor release with bug fixes for issues identified since 0.10.0.

mwaskom released this · 2 commits to master since this release

This is a major update that is being released simultaneously with version 0.9.1. It has all of the same features (and bugs!) as 0.9.1, but there are important changes to the dependencies.

Minimally supported versions of the dependent PyData libraries have also been increased, in some cases substantially. While seaborn has tended to be very conservative about maintaining compatibility with older dependencies, this was causing increasing pain during development. At the same time, these libraries are now much easier to install. Going forward, seaborn will likely stay close to the Numpy community guidelines for version support.

Now that seaborn is a Python 3 library, it can take advantage of keyword-only arguments. It is likely that future versions will introduce this syntax, potentially in a breaking way. For guidance, most seaborn functions have a signature that looks like

where the **kwargs are specified in the function. Going forward it will likely be necessary to specify data and all subsequent arguments with an explicit key=value mapping. This style has long been used throughout the documentation, and the formal requirement will not be introduced until at least the next major release. Adding this feature will make it possible to enhance some older functions with more modern capabilities (e.g., adding a native hue semantic within functions like jointplot and regplot).

mwaskom released this · 1 commit to master since this release

mwaskom released this · 56 commits to master since this release

Note: a version of these release notes with working links appears in the online documentation.

This is a major release with several substantial and long-desired new features. There are also updates/modifications to the themes and color palettes that give better consistency with matplotlib 2.0 and some notable API changes.

Three completely new plotting functions have been added: catplot, scatterplot, and lineplot. The first is a figure-level interface to the latter two that combines them with a FacetGrid. The functions bring the high-level, dataset-oriented API of the seaborn categorical plotting functions to more general plots (scatter plots and line plots).

These functions can visualize a relationship between two numeric variables while mapping up to three additional variables by modifying hue, size, and/or style semantics. The common high-level API is implemented differently in the two functions. For example, the size semantic in scatterplot scales the area of scatter plot points, but in lineplot it scales width of the line plot lines. The API is dataset-oriented, meaning that in both cases you pass the variable in your dataset rather than directly specifying the matplotlib parameters to use for point area or line width.

Another way the relational functions differ from existing seaborn functionality is that they have better support for using numeric variables for hue and size semantics. This functionality may be propagated to other functions that can add a hue semantic in future versions; it has not been in this release.

The lineplot function also has support for statistical estimation and is replacing the older tsplot function, which still exists but is marked for removal in a future release. lineplot is better aligned with the API of the rest of the library and more flexible in showing relationships across additional variables by modifying the size and style semantics independently. It also has substantially improved support for date and time data, a major pain factor in tsplot. The cost is that some of the more esoteric options in tsplot for representing uncertainty (e.g. a colormapped KDE of the bootstrap distribution) have not been implemented in the new function.

There is quite a bit of new documentation that explains these new functions in more detail, including detailed examples of the various options in the API reference and a more verbose tutorial.

These functions should be considered in a "stable beta" state. They have been thoroughly tested, but some unknown corner cases may remain to be found. The main features are in place, but not all planned functionality has been implemented. There are planned improvements to some elements, particularly the default legend, that are a little rough around the edges in this release. Finally, some of the default behavior (e.g. the default range of point/line sizes) may change somewhat in future releases.

Updates to themes and palettes

Several changes have been made to the seaborn style themes, context scaling, and color palettes. In general the aim of these changes was to make the seaborn styles more consistent with the style updates in matplotlib 2.0 and to leverage some of the new style parameters for better implementation of some aspects of the seaborn styles. Here is a list of the changes:

A few functions have been renamed or have had changes to their default parameters.

There has been some effort put into improving the documentation. The biggest change is that the introduction to the library has been completely rewritten to provide much more information and, critically, examples. In addition to the high-level motivation, the introduction also covers some important topics that are often sources of confusion, like the distinction between figure-level and axes-level functions, how datasets should be formatted for use in seaborn, and how to customize the appearance of the plots.

Other improvements have been made throughout, most notably a thorough re-write of the categorical tutorial categorical_tutorial.

Other small enhancements and bug fixes 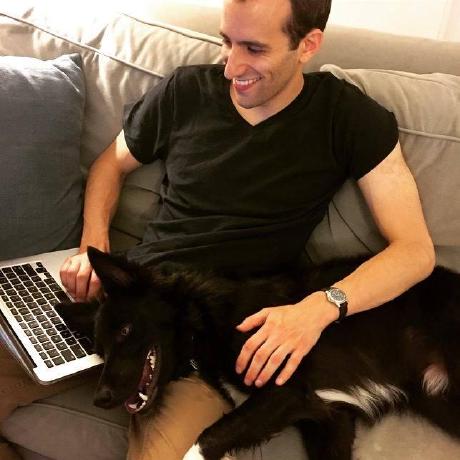